I'm beginning to think that it may be my new medication that's making me feel a bit sluggish. I was told that happens at lower doses, so they might increase it, I'm not sure. All of the challenges I was a part of on Habitica have mostly reset by now, so I had to spend some time re-joining and organizing my lists so there is at least some semblance of order. I've been using the pomodoro method for getting things done because it helps me focus on one small thing at a time which is difficult when you have ADHD like I do. I used to be on medication for it, but it made me even worse after the medicine wore off, so I stopped taking it. I would rather have occasional off days rather than going until the medicine stops working every day, which wasn't a particularly long time because my body filters through things very quickly.

I still haven't managed to get the bookshelf upstairs yet. I also really want to take a shower, but I feel guilty taking one that isn't at weird hours because we only have one bathroom for eight people. I guess they're just going to have to deal with it when I decide to take one before bed. I don't leave my towels and things in there anymore because every time I do someone else uses it. The bathroom is honestly disgusting. I try to avoid it as much as possible, and that's in addition to my usual trauma based avoidance. I really need to shave again. Facial hair has been giving me really bad dysphoria, but it's starting to grow pretty regularly. I hope that can be undone, because honestly I'm starting to regret ever going up onto a higher dose of testosterone.

I've been having a lot of trouble with avoiding things lately. I'll avoid using the bathroom, avoid going downstairs if I know there are a lot of people or the kids down there, avoid leaving my room in general, avoid going for walks outside which I used to enjoy doing, avoiding dying my hair or shaving or showering (again, bathroom....), avoiding a lot of different things. I guess I'll get more comfortable here over time but honestly there are way too many people (and cats) here that I feel like I've already outgrown the room I'm in. I avoid unpacking more because I'm afraid that I won't be able to stay since I'm paying rent on credit already because I don't make enough on disability to actually afford rent. It feels like a time bomb ticking down until I can't handle things for myself anymore yet again. It is really rare that most of the people are here at the same time ever, which helps it not feel as overcrowded as it really is, but it's still something I'm worrying about probably more than necessary.

We were supposed to have another house/family gathering in the back yard and I don't know if they did it and I just missed out somehow or if it just didn't happen. I don't think it happened, but that bothers me too when people make plans and then nothing is ever said about it again as if it were never talked about. That also happened today when I was supposed to hang out with Adam. That sucks more for me because I could use the money right now. Tomorrow I'm supposed to go cave exploring with Tame. Hopefully that does actually happen because it was already cancelled once, I think when I was in the hospital, unfortunately.

Today's inktober prompt is "Bulky" and I'm not sure what to draw for it yet... I colored and read a bit earlier after my usual morning workout and yoga, but nothing really came to mind.

I suppose there are things around my room that I could do while I try and think of something- laundry that needs putting away... I'd like to better organize my closet and clothing in general, but that would take an entire day. There are some things that I'd like to sell and there has to be some other stuff I can get rid of to declutter. Then same with the stuffed animals and books. I still need to set up the little greenhouse outside, too. Going outside in the daytime worries me as much as going out at night would because of my agoraphobia, which has gotten really bad again since the move.

Other than that I'm going to try to take it easy tonight and try to relax if I can. 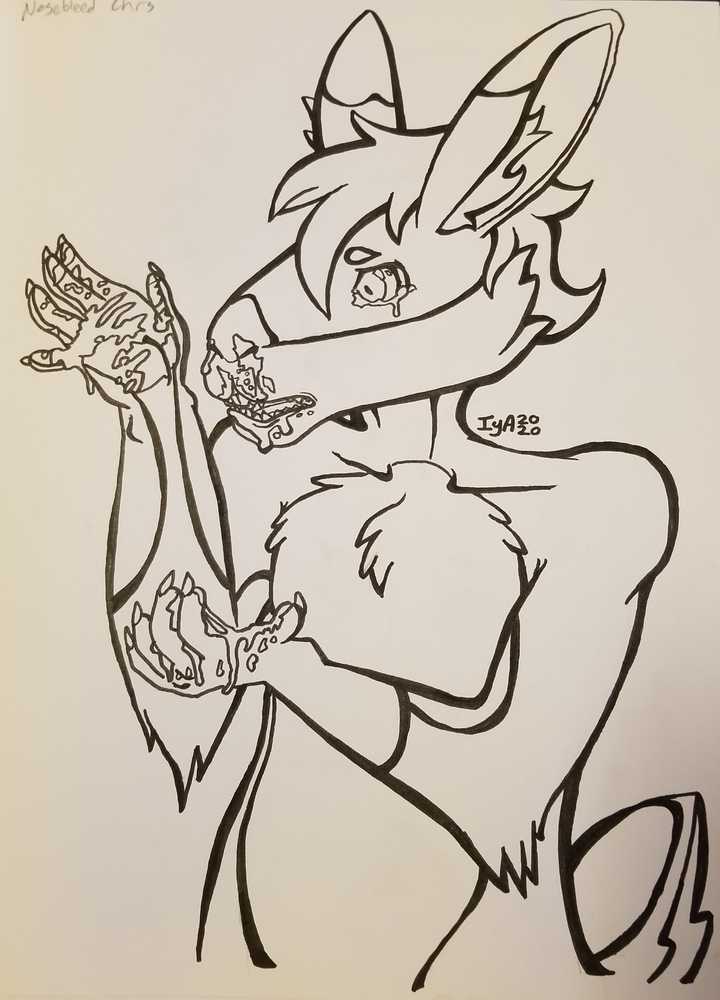