Not much really happening here. My three daughters made a bunch of Halloween-themed snacks yesterday for a party, but they didn't start until 3pm and didn't finish until like 7. And everyone downstairs was snacking as they made the so no one wanted to actually eat any of the stuff. I took one or two of everything, but there was so much chocolate, I actually got sick after eating just a couple treats. They were really cute, though.

These were just some of them. Everything pretty much had chocolate on it. My favorite with there Twinkies covered in chocolate to look like mummies or something.

Today, we had no plans other than cleaning up the mess the girls left. No Trick-or-Treating. No money for candy. I didn't make costumes or decorate. Around noon, the 10yo wanted to play some board games so I went downstairs. The oldest was making club sandwiches and pepper poppers (cream cheese stuffed bell and jalapeno peppers) which was supposed to be part of the feast last night, but they got too tired.

I dug through the costume box and pulled out my witch hat with the spiders all over it. It was part of a costume my gramma made back in the 80s, and I wear it every year.

I also decided everyone had to get in the "spirit" by grabbing one thing from the box and putting it on. The 10yo put on his cowboy hat from the costume he wore when he was about 6. The 14yo put on her fairy wings and wig she wore when she was 6 or 7.

The oldest had on her bee wings she wore when she was 11 or 12 (didn't get pictures of it) and the baby had on his wizard cloak I made him last year which fit even better this year. I also didn't get a picture of that because he wouldn't keep it on.

I played a couple games with the 10yo, but he threw a fit when I started winning the second one then accused me of cheating and lying after I caught him trying to cheat and made him stop (he tried to slip a better card to the top of the pack because it was his turn coming up). I got fed up with the accusations and his pouting and wet back upstairs. I had been having fun then he started whining and throwing a fit. There's a reason I never "play to win" with board games. I might win for a bit, but I always throw the game in the end because I hate listening to the tantrums and pouting. It's not fun for me to win when everyone else is angry.

I tried to take a nap, but couldn't sleep because I can never sleep. Then the oldest son and his girlfriend stopped by to show off their costumes. They were on their way to a party. Sigh. He's the last person that should be going out with his asthma, but apparently he believes it's all overblown and social distancing is dumb and he's over the pandemic. He wants to move back home to save money, but I don't know how that will work when he's going to want to hang out with friends and go to parties and stuff. It's bad enough with the 17yo in and out all of the time plus two other people working and the baby coming and going to his dad's house. I'm ready to just give up and let them do whatever. I'll just get sick and die--nothing serious. No one else seems to care. No one in this community seems to care anymore.

NaNoWriMo (National Novel Writing Month) starts in a few hours. In the past, we would meet up at the Portland Airport (PDX) for a midnight write-in then go to IHOP for breakfast and just have goofy caffeine-fueled fun. There are no in-person meetings this year, and it doesn't look like I'll be able to even stay awake until midnight. I'm usually in bed by 11pm at the latest, and if I am still awake at midnight, I'm barely functioning and sure couldn't write if I wanted to.

How much I write at midnight on November 1 is how I tell how successful my month will be. So this is looking like a bust before it starts.

I was going to spend today doing last minute prep--going over the finished chapters so I'm ready to start writing the newest ones at midnight, but I didn't get to do that because of the board games, nap and making pizzas for everyone (daughter wanted me to show her how, so naturally, I had to do it all while she dealt with the baby who was clingy). Now I'm already too tired to focus on anything and just want to go to bed. And it's only 9pm.

I just can't ever catch a break.

I did manage to get my sleeping pills refilled so I guess that's something. Not that they really help. I usually fall asleep without them, but because of the sleep apnea, I never feel rested.

I think I might just relax and watch RWBY and finish the Halloween blanket I was making for my grandson while it's still Halloween. And if I'm still up at midnight, I'll try to write chapter 53. 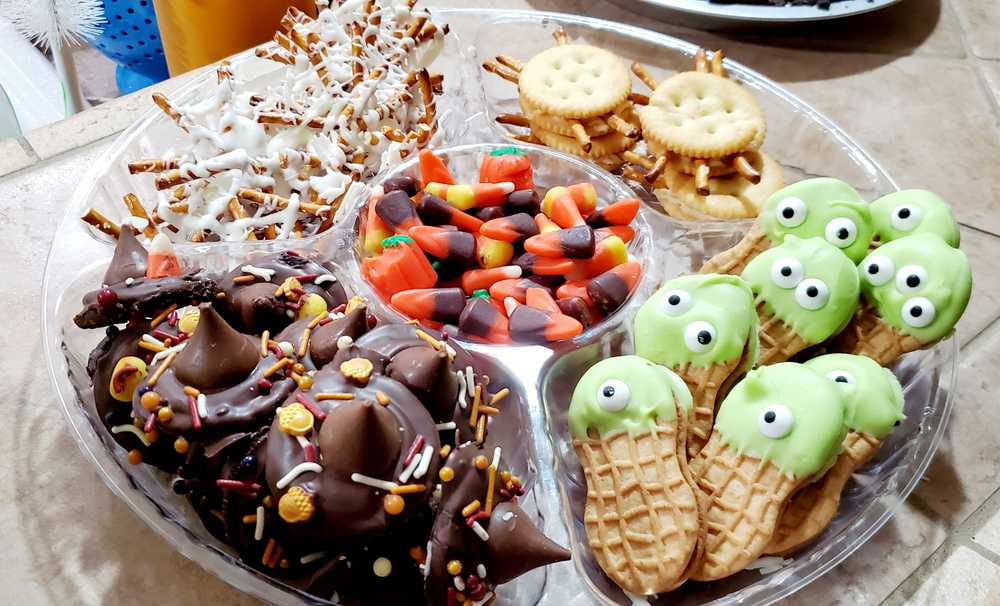