Today was a really heavily emotional day because it has been 10 years since the death of one of my aunts. I miss her terribly as does the rest of my family.

I also got in a fight with my roommate today. They shot the house group chat ("the real pandemic party chat" lol) a really long angry message about things blocking the way to the microwave. It wouldn't have been a big deal if they had said "Hey can you move this stuff for me" I'd have it done in a second, but because they got aggressive I got aggressive back. Everyone agreed that they took it a bit too far with how they were coming after me, but no one directly called them out on it... Hate that. Afterwards my agoraphobia got really bad and now I feel like if I leave my room it only better be to leave this house and never come back here. Glitch says that's my BPD and I'm self sabotaging, which I guess it does seem that way if I look at it.... Ah... So at some point when everyone is home we're going to have a house meeting about doing chores and stuff because my other roommate also doesn't clean up after himself and we all just avoided talking about it to avoid conflict... Apparently angry roommate has other things going on too though so I don't know. I'm tired of Glitch and I cleaning up everyone else's messes and taking blame for things very simply fixed. They think I'm being inconsiderate to their disability as if I fucking left shit there on purpose to impede them.

So I said fine I'll move out. I don't have anywhere to go. But I need them to apologize to me and I have a feeling it won't happen. I already apologized and cleaned up the stuff they were complaining about. It took less than 2 minutes. I wouldn't have minded if they simply asked. They feel they shouldn't have to ask for some reason, and I didn't even know the stuff was there.

I don't know what happens now.

Art is a little Jasper doodle I finished earlier. 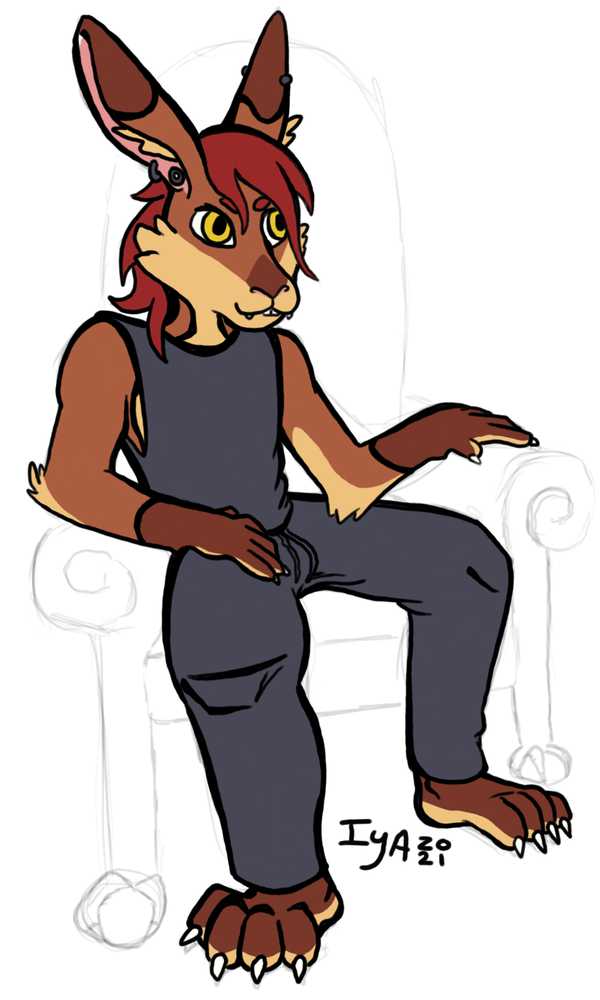 That's harsh Iyazo. Don't move out though if you have nowhere else to go, drama like that is pretty common among roommates. You just have to put up with it

@JustMegawatt Yeah they said they wouldn't kick me out but my brain always jumps to the worst thing. They're still mad today to the point where Glitch doesn't even want to talk about it with me and wants to sleep in my bed instead... I guess it's common, but I'm so used to being kicked out right away...